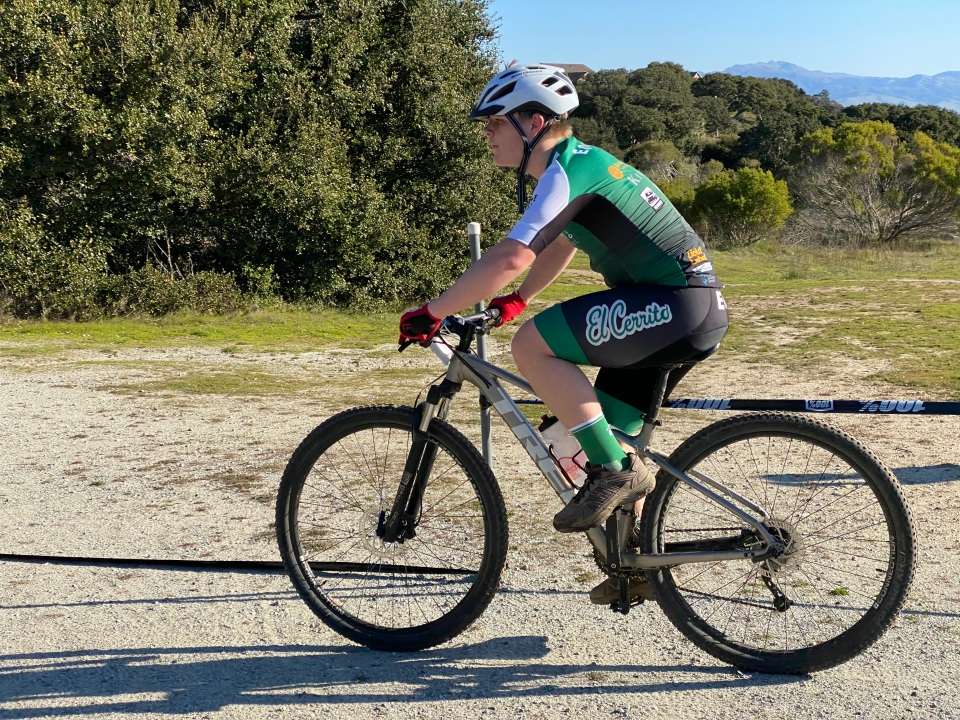 We arrived to the race in freezing temperatures. The organizers wouldn’t accept the form that I had filled out at home, but my hands were so cold that I could barely even sign my name on the new form they gave us. My bike was on a different car, which hadn’t arrived yet, so I tried to warm myself up as best as I could. When my bike did arrive, I pre-rode the track with Noah and Zephyr, trying to get a feel for it.

At around 9 o’clock, there was some general confusion about where the starting line was. By the time we got there, some people were already lined up, but there was an actual start line. It seemed like a long wait at the starting line, but eventually someone called us forward. In the initial sprint on the road, I managed to stay right behind Zephyr, but entering the singletrack someone in front of me crashed and I lost him. I heard some more crashes from behind me, but luckily I wasn’t slowed down too much.

The first part of the trail was pretty flat, with one small downhill, then a smaller uphill. By the end of the uphill, I got a pretty bad headache, and had to slow down a little. The rest of my first lap was pretty uneventful. By the second lap my headache was gone and I was passing some people. In my third lap, I sprinted most of the second loop, only to be told that I had one more lap. Thankfully, the course was pretty flat, and I recovered quickly. I crossed the finish line for the last time with a group of three other riders, all of us sprinting to come in first. I had run out of water on my last lap, so the first thing I did was get some more, before heading back to the starting line to cheer on Cat 1 and 2 riders.